“A DYNAMIC FUSION OF TRADITIONAL AFRICAN SOUNDS AND MODERN JAZZ” 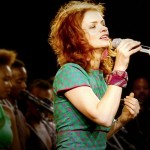 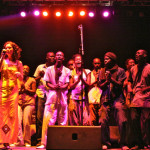 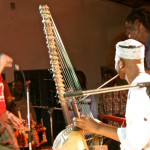 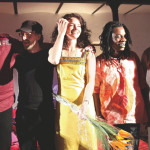 On recent performances, Sonja has been accompanied by:

Mark Reinke began experimenting with the piano at the age of six. He studied Jazz piano in Arnheim, Netherlands, at Hanns Eisler College of Music in Berlin and at Berklee College of Music Boston with Rob van den Broek, Aki Takase, Steve Gray and Richie Beirach.

Mark is working as a musical director and piano player in various formations and theater productions, such as with the Efrat Alony Quartet, Katja Rieman, Hermano Lobo, Tilman Ehrhorn and Johannes Haage, or at the play “Saints and Singing”, directed by American director Robert Wilson.

Hans Luedemann, “one of the great piano players in jazz” (Radio HR, Hessischer Rundfunk), or as praised by Jazz Podium Magazine, “one of the most sophisticated and expressive European piano players.” In varying formations, he is on tour around the world and playing with Jan Garbarek, Toumani Diabate and Aly Keita.

Over many years, Stefan Rademacher has been calling attention through his bass playing for the great Billy Cobham. Due to his unique sound, he advanced to one of the most reputed bass players from Germany. With his electric and acoustic basses he has been performing (among others) with George Duke, Gary Husband, Don Grusin, Randy Brecker, Lee Ritenour, and Chaka Khan.

Christian Thomé’s multifaceted and colorful drumming remains incomparable. German newspaper WAZ praises his subtle backing and calls him “a real genius when it comes to using filigree, often electronically sublimated sound dots.” Thanks to his experimental and innovative playing, every gig with him is a surprise..

The grandmaster of balafone, Ivory Coast musician Aly Keita is a cornerstone for African jazz music. Born into a Malinké family in Abidjan, he was initiated into playing this instrumental ancestor of xylophone and marimba by his father. Today, Aly sees his balafon first and foremost as a work of art, while his playing made him the “king” of musical tuning; by adding different sized calabash resonators he keeps customizing his string and wood instrument, making it sound like no other balafon on earth.

Awale Ouro Akpo from Togo a.k.a. Paply, a constant companion of Sonja’s shows who enthuses the audience with his djembe drumming cascades. 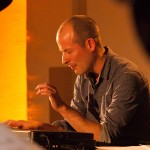 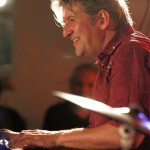 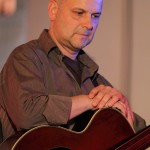 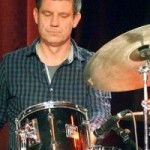 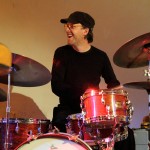 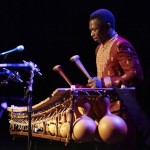 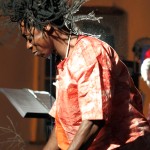 Among Sonja’s guests from West Africa:

Senegalese musicians and dancers Issa Sow, who is traveling around the world with his Ballet du Senegal, talking and singing about traditional dances like Komodougou or Mbalax, Pape Samory Seck from a Griot family, one of the most recognized African percussion players (Djembé, Djoun Djoun, Sabar, Serouba, Bougarabou, Asico und Tama (Talking Drum), along with fiery Senegalese dancer Hélène Sagna. 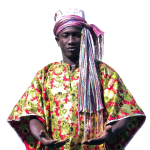 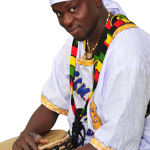 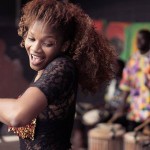 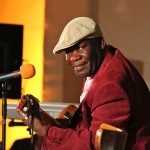 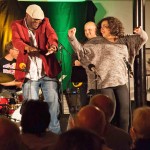 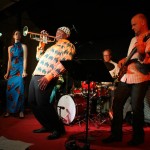 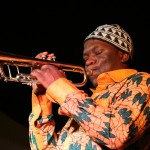 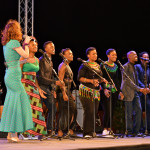 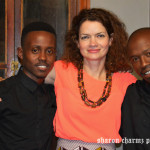 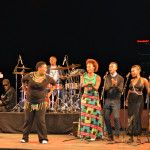 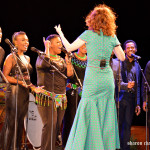 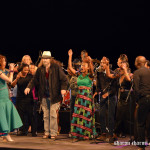 The late Samba Sock was a master of the talking drum, conga, and bougarabou – an artist who combined traditional and modern African music with elements of soul, salsa, and funk. Born in Dakar, he started his career as a musician at the age of 17, playing with the “Orchestra Gala Yabe” with Bira Guèye (Saxophon). He took part in several festivals throughout the sixties, played on the first “Festival Mondial des Arts Nègres” and won the first prize at the “Semaine de la Jeunesse” in 1968. In the following years he played in different bands: “Moulin Rouge”, “Madison”, and “Diarame Orchestra”. Performing on various other festivals, he became interested in the European music scene and went to Berlin, where he was hired by director Peter Stein to initiate two theatre-music play called “Circoncition” and “Shango” at the “Schaubühne am Lehniner Platz”. He later toured with various formations and productions, such as his band “Sangomar”, with the play “Porgy and Bess”, “Saraba”, “The Guardians of the Groove”, his percussion project “SafSap”, “Samba Sock and Gala Yabe Dance”, or “Super Dadjée”. Samba deceased in 2014. In a portrait documenting the work of Samba Sock and Dudu Toutsi, TV-channel ZDF announced him as one of today’s most important percussion players.

At the age of four, Daniel Schroeteler placed himself behind a drum set for the first time. Having graduated at Hogeschool door de Kunsten in Arnheim, he was nominated for the Roos-Gesink-Award. Besides working at Universities in Mainz, Arnheim, and Cologne, Daniel is playing in various jazz formations, such as with Christian-Weidner-Trio, Henning-Berg-Quartet, Werner-Neumann-Quartet, Matthias-Haus-Ensemble, with Supdiver, TITZ, and Talking Jazz (Till Brönner, Dieter Ilg, Charlie Mariano, Martin Sasse) or with Antonis Anissegos, Hayden Chisholms, Marla Glen and Sonja Kandels. 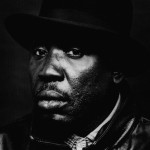 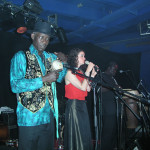 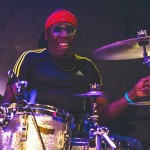 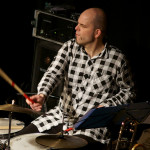 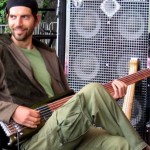 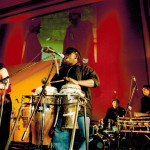